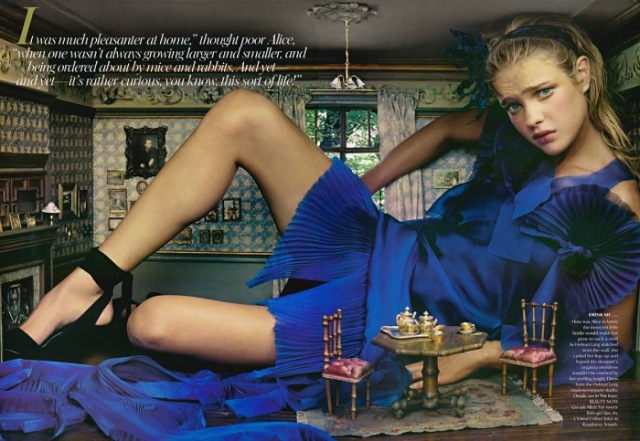 “Sometimes I’ve believed as many as six impossible things before breakfast.”

This weekend, while watching Alice in Wonderland with my daughter, I was reminded of what is perhaps my favorite fashion editorial of all time.  World-renowned photographer Annie Leibovitz shot Natalia Vodianova as the inimitable Alice for the December 2003 issue of Vogue.  Several of the world’s top designers dressed Vodianova in their Alice inspired creations for this spread.  The icing on the (tea)cake was that each designer was photographed with her, posing as characters from the famous Lewis Carroll novel. 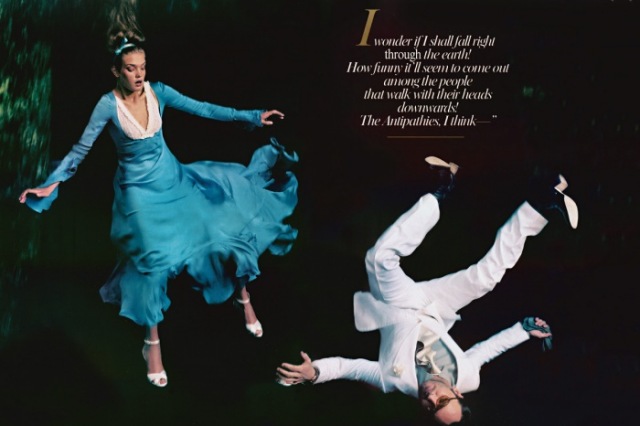 Down the rabbit hole with Tom Ford, above.  In the first image, Vodianova wears a cobalt blue dress by Helmut Lang, who looks on from the hanging portrait. 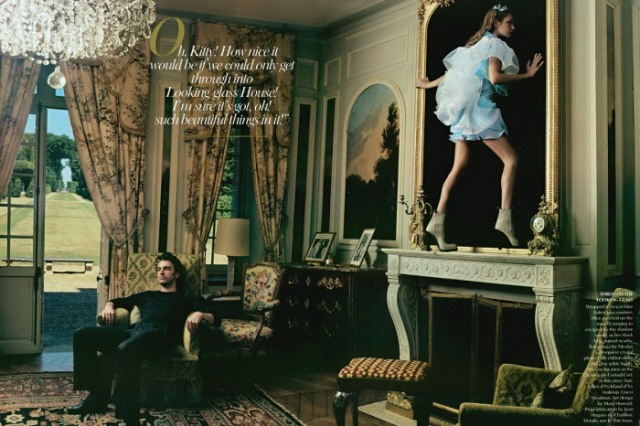 Vodianova on the mantel in Balenciaga by Nicolas Ghesquiere. 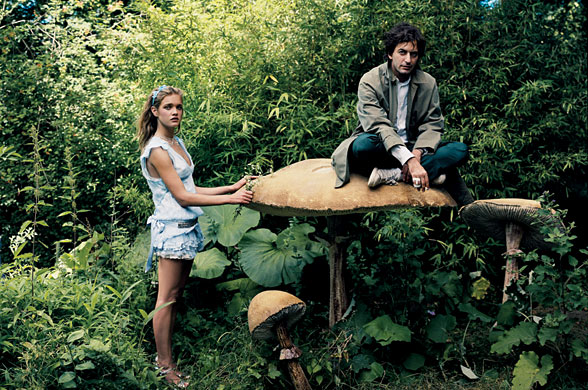 Lost in the woods with, and wearing, Marc Jacobs. 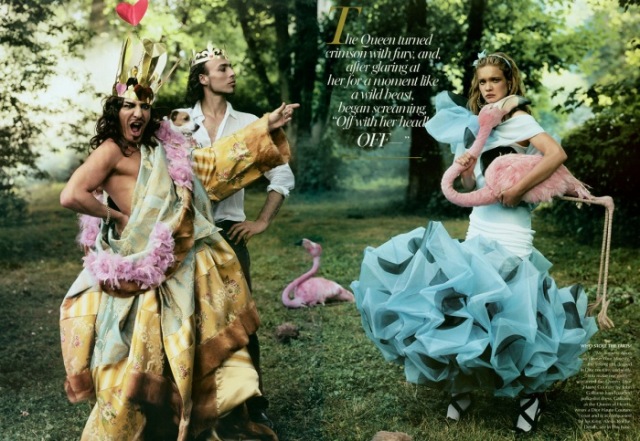 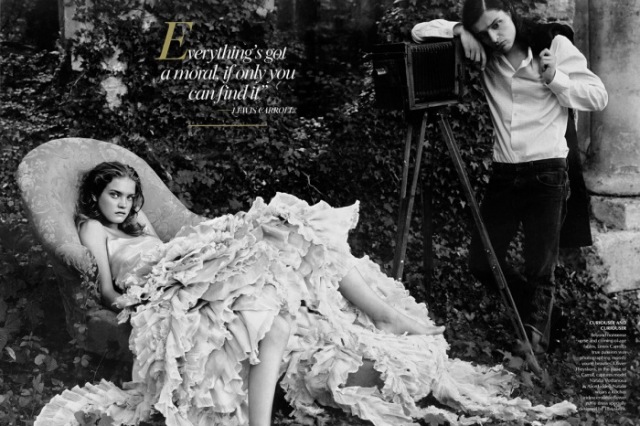 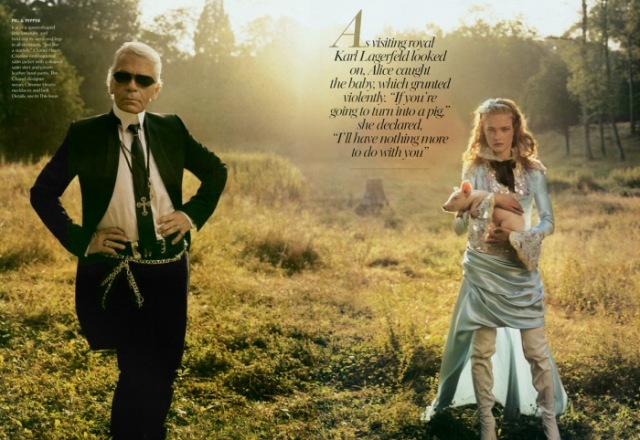 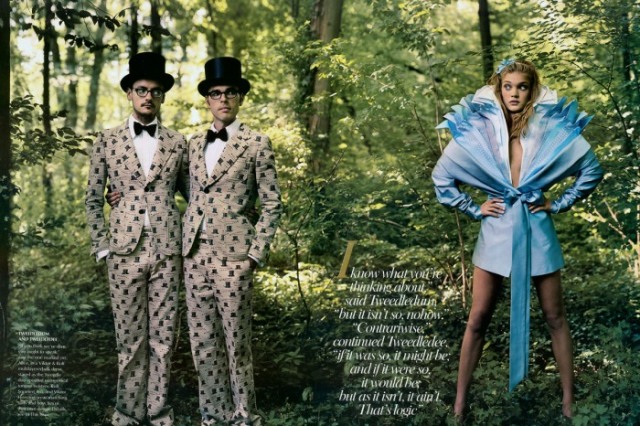 Viktor and Rolf, dressed as Tweedledee and Tweedledum. 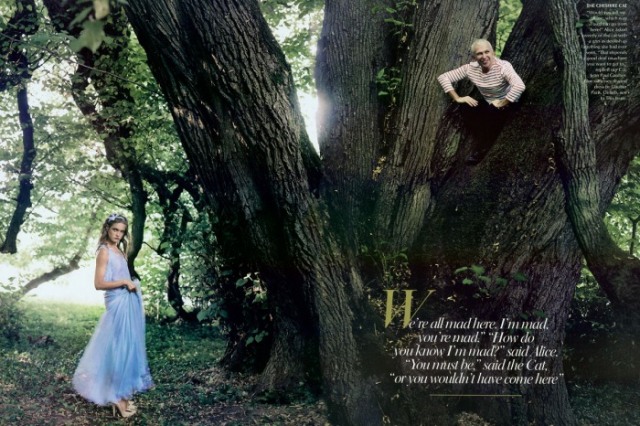 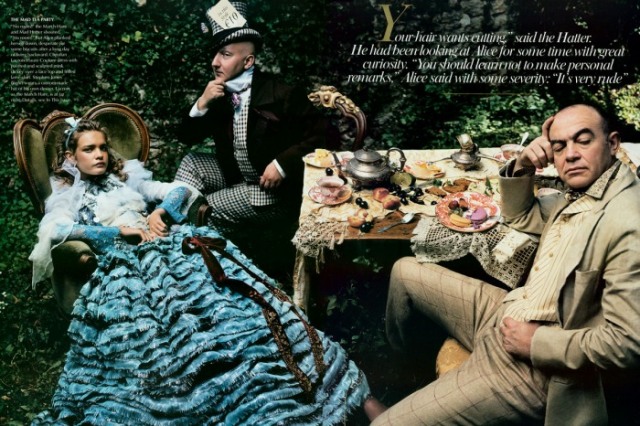 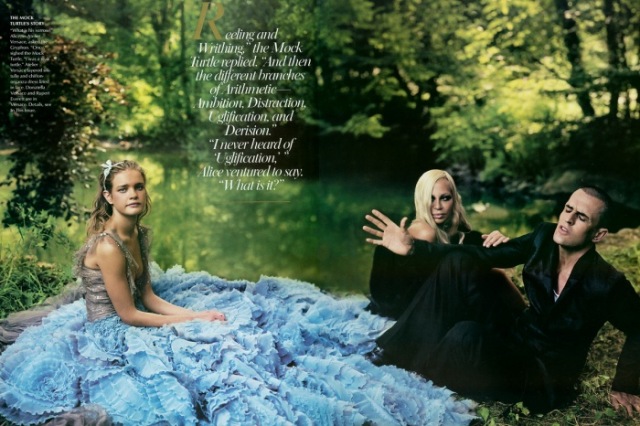 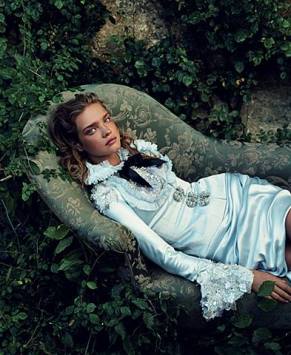 All images from Vogue, December 2003.