I spent a fair amount of time thinking about food during my juice cleanse, including what I wanted to make when it was finally over.  A Thai inspired meal was at the top of my list as crunchy, bright, full-flavored ingredients were what I craved most while abstaining from “real” food.  (To be honest I was also craving a burger like mad, but didn’t want to ruin my good behavior in one fell swoop.)

Summer rolls are one of those snacks I always pick up at the market (and eat in the car on the way home) but never take the time to make from scratch.  They are wonderfully versatile – just fill with what you love or have on hand.  I used shrimp, red bell pepper, scallions, cucumber, carrots, and thinly sliced jalapenos.  Avocado, bibb lettuce and lightly blanched asparagus would be great additions as well.  Just don’t leave out the mint and cilantro – they are the ingredients that will elevate your rolls above the ones from your corner grocer.

I was also really craving something creamy and sweet, so I made toasted coconut cashew sundaes with caramelized pineapple.  They were INSANELY good, and not just because I was dairy and sugar deprived.  See recipe below. 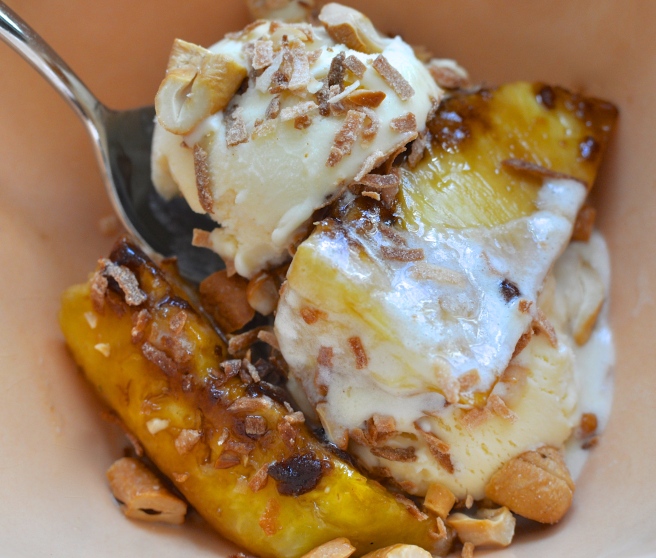 P.S.  I’m thinking a splash of rum on each sundae would be pretty fantastic.  I wish it would have occurred to me then!

recipes and photos via the aesthete and the dilettante